Why you should soak rice overnight 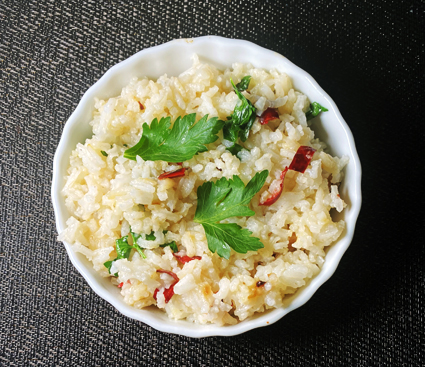 About Arsenic and food

"...Arsenic Arsenic is a naturally occurring element that is found in combination with either inorganic or organic substances to form many different compounds. Inorganic arsenic compounds are found in soils, sediments, and groundwater. These compounds occur either naturally or as a result of mining, ore smelting, and industrial use of arsenic. Organic arsenic compounds are found mainly in fish and shellfish. In the past, inorganic forms of arsenic were used in pesticides and paint pigment. They were also used as wood preservatives and as a treatment for a variety of ailments. Today, usage of arsenic-containing pesticides and wood preservatives is restricted. .." CDC Factsheet

"...When determining arsenic content of foods or beverages it is important to distinguish between the forms of arsenic. "Total arsenic count" can be misleading, as one must always pay attention to the type that matters most....? What is the difference between organic and inorganic arsenic?

By contrast, organic arsenicals, such as arsenobetaine, the most abundant arsenic compound in seafood, are relatively non-toxic. That's because the arsenic atoms are firmly tied up and unavailable for bonding with important biomolecules such as proteins. for more informations see: What is the difference between organic and inorganic arsenic?

Although the toxicity of arsenic compounds can vary greatly, in general, a listing of different compounds from highest to lowest toxicity follows:

"...At a biochemical level, inorganic arsenic in the pentavalent state may replace phosphate in several reactions. In the trivalent state, inorganic and organic (methylated) arsenic may react with critical thiols in proteins and inhibit their activity. .." source: Arsenic toxicity and potential mechanisms of action

Why does rice contain more arsenic than other foods?

"...Rice (Oryza sativa L.) has the ability to accumulate arsenic, amassing concentrations ten times higher than other cereals such as wheat. In particular, rice grown under flooded conditions favors greater soil arsenic solubility and uptake into the plant. Movement of arsenic into rice is mediated by silicon transporters that inadvertently transport arsenite due to its similarity to silicic acid. This makes rice a major dietary source of arsenic, especially for populations with relatively low drinking water concentrations of arsenic.. Thus, awareness of the human health risk posed by arsenic-contaminated rice consumption has become a more widely recognized threat to food safety. see: Rice intake and emerging concerns on arsenic in rice: a review of the human evidence and methodologic challenges and references therin..."

Why should you soak rice over night?

"...Millions of people are putting themselves at risk by cooking their rice incorrectly, scientists at Queen’s have warned. Simply boiling it in a pan until the water has steamed out can expose those who eat it to traces of the poison arsenic, chronic exposure to which can cause a range of health issues including developmental problems, heart disease, diabetes, nervous system damage and cancer...arsenic contaminates rice during the growing phase as a result of industrial toxins and pesticides.... While it is generally believed traces of arsenic are expelled when the rice is cooked, it has now been claimed this only takes place when the rice is soaked overnight...typically, rice has ten times more inorganic arsenic than other foods and according to the European Food Standards Authority, people who eat a lot of rice, as is the case in many parts of the developing world, are exposed to worrying concentrations..." see: BE CAREFUL HOW YOU COOK YOUR RICE, WARNS QUEEN'S EXPERT

"...Andy Meharg, Professor of Biological Sciences at Queen's Institute for Global Food Security, and a leading expert on rice contamination, tested three ways of cooking rice for the BBC programme Trust Me, I’m a Doctor (available on the BBC iPlayer until 09 March) to see whether it altered the levels of arsenic. In the first method, Professor Meharg used a ratio of two parts water to one part rice, where the water was “steamed out” during cooking — a method commonly used. He found this left most of the arsenic present. By contrast, when the he used five parts water to one part rice and washed the excess water off, levels of arsenic were almost halved, while in the third method, in which the rice was soaked overnight, levels of the toxin were reduced by 80 per cent. The safest method of cooking rice is therefore to soak it overnight, then wash and rinse it until the water is clear, before draining it well and boiling in a saucepan, with a ratio of five parts water to one part rice..."

Why is Humidity Important in Cooking

Cooking with a Blowtorch

Cooking Fish in a Microwave