The two most popular mushrooms in the world are the common button mushroom (Agaricus species) and the shiitake or black forest mushroom (Lentinus edodes). The shiitake, meaning "mushroom of the shii or oak tree" in Japanese, is highly prized in the Orient for its flavor and reputed medicinal value.

Shiitake are native to China but have been grown in both Japan and China since prehistoric times. They have been cultivated for over 1000 years; the first written record of shiitake cultivation can be traced to Wu Sang Kwuang, born during the Song Dynasty (AD 960–1127). However, some documents record the uncultivated mushroom being eaten as early as AD 199. During the Ming Dynasty (AD 1368–1644), physician Wu Juei wrote that the mushroom could be used not only as a food but was taken as a remedy for upper respiratory diseases, poor blood circulation, liver trouble, exhaustion and weakness, and to boost qi, or life energy. It was also believed to prevent premature aging.

Note: Both L and D-Eritadenine (DEA) are inhibitors of S-adenosylhomocysteine (AdoHcy) hydrolase.(See full text).. Could there be possible anti-viral properties here? 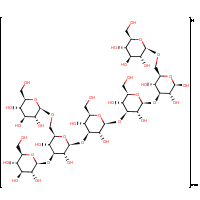 Shiitake mushrooms have been researched for their medicinal benefits, most notably their anti-tumor properties in laboratory mice. These studies have also identified the polysaccharide lentinan, a (1-3) ß-D-glucan, as the active compound responsible for the anti-tumor effects.[1].Lentinan is an approved drug in Japan. It is generally administered by injection and has been used as an agent to prolong survival of patients in conventional cancer therapy as well as in AIDS research. Lentinan is one of the host-mediated anticancer drugs which has been shown to affect host defense immune systems.[10]

The speculative anticancer properties of shitake mushrooms are thought to be linked to upregulation of the immune system. An in vitro study supports this idea, by showing a chemical in shittake could activate various components of the immune system, including Nk cells. T cells, macrophages, and interleukin-6.[2] In an experiment with human colon cancer cells, shiitake exhibited strong anti-cancer properties.[3. ] Immune system enhancement may not be the only possible anticancer mechanism of shiitake. An in vitro study revealed shittake could induce selective apoptosis in murine melanoma cells.[4] Extracts from shiitake mushrooms (such as ichtyol) have also been researched for many other immunological benefits, ranging from anti-viral properties to possible treatments for severe allergies, as well as arthritis.[5] 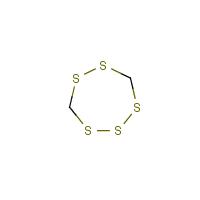 L-ergothioneine, a powerful antioxidant, has also been discovered in shiitake mushrooms--containing roughly 13 mg per 3 oz serving. Shiitakes have 40x the amount of ergothioneine than wheat germ. 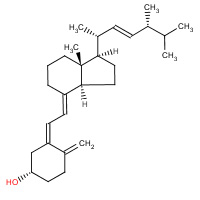 Shiitake mushrooms are also a source of Vitamin D. A single 100g serving of Shiitakes contain 96IU or 24% of you required daily intake of Vitamin D (based on a requirement of 400IU).